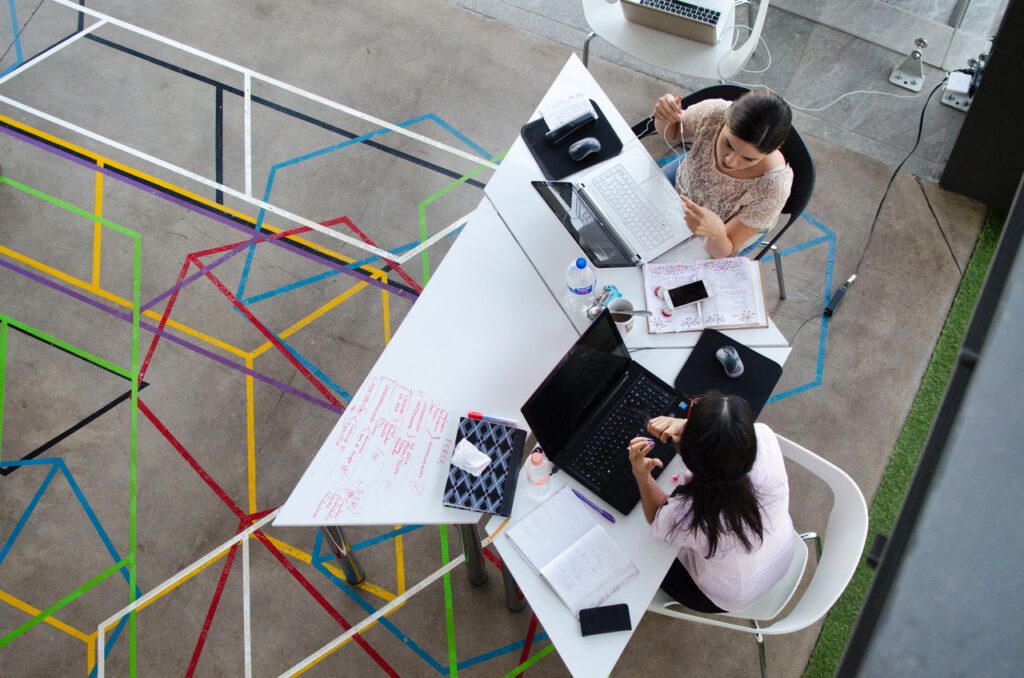 When it comes to connecting computers together so that they can “talk” (i.e. setting up a network), there have traditionally been two dominant options: Layer 2, and Layer 3. The question then is “which is right for my circumstances?” as both have their own sets of advantages and disadvantages.

Before we get to that, however, it’s worth discussing what “layers” are in the first instance. Layers are the product of the OSI model, which stands for “Open Systems Interconnection Model”, and is the conceptual framework that we use to describe all of the functions of a networking system.

The networking of computers itself is a consideration at layers 2 and 3, and that’s what this article will discuss, but it’s useful to know that there are seven layers, split into two categories – the media layers at 1, 2 and 3, and the host layers at 4 through to 7.

The main difference between Layer 2 and Layer 3

There’s a lot of technical detail behind all of this, but for the purposes of deciding which network you need in your office, campus, or other connected space of computers is this: Layer 2 networks work with MAC addresses, while Layer 3 networks work with IP addresses.

MAC, in this instance, doesn’t stand for the Apple computers. Rather, it’s an acronym for media access control address (MAC address), and this is a unique identifier that is assigned to a network interface controller (NIC) for the purposes of other devices being able to identify this one. In other words, every device has a single MAC address hard-coded into it, and that is not changeable. It looks something like this: 00:00:5e:00:53:af.

IP addresses, meanwhile, can be flexible. An IP address is a number (you would have seen them, they look like this: 192.0.2.1) that is given to a device that uses the Internet Protocol for communication. There are various versions of this – the example above is an example of an IPv4 address, which were the standard for a long time, but IPv6 is the future, and it looks something like this: 2001:db8:0:1234:0:567:8:1.

Most people are more familiar with IP addresses because that forms the basis of how they interface with the Internet, and if they have issues with their Internet connection, tech support is almost always going to need the IP address. However, every device has a MAC address too, and this too is important for connectivity.

All of this brings us to the main difference between Layer 2 and Layer 3: Layer 2 networking doesn’t “read” Layer 3 data, but Layer 3 does read Layer 2. If you imagine the layers in the OSI model like a cake, with Layer 1 at the very bottom, each subsequent layer becomes the foundation for the layer above it, but it’s not a two-way street.

What this means, in turn, is that Layer 2 is a more simple kind of networking.

When would you use Layer 2 networking?

Layer 2 networking is ideal when all the devices being networked together are in close proximity and don’t need to be connected with anything else. Within that local area environment, a Layer 2 network:

1)     Can be used to reduce traffic on the network

2)     Is very fast, because, without the Layer 3 data, the network has less to manage

3)     Is highly secure, since a device needs to be in close proximity to be connected to the network.

When would you use Layer 3 networking?

For just about everything else. For one thing, Layer 3 networking does away with the physical requirement of Layer 2 networking, and the virtual connectivity that they enable means that a network can also start to leverage cloud services and other advanced applications. Because Layer 3 networking is higher up the “cake” stack, it also reads all data transmitted on Layer 2, so it’s the more comprehensive solution.

On the other hand, Layer 3 networking is more expensive, and more prone to slow down and congestion, as it needs to work with more data, and there will generally be more devices connected together on these networks.

Once businesses are of a certain size, what they’ll do is implement a mix of technologies, where Layer 2 will be utilised for small, local groups to save on bandwidth and costs, and Layer 3 will be used where it’s needed for broader and Internet-based applications.

For a growing business, implementing the right networking channels becomes very important. It’s the medium through which all company communications happen, and must therefore be robust, fast, and most importantly, secure. Consulting with a firm that specializes in network infrastructure security and implementation could be a good idea as they would ideally have experts who can decide on the most-suited networking solution for the business.

Are there other networking options?

There are also Layer 4 switches, which are devices installed on the network that are designed to coordinate the above. So, a Layer 4 switch is capable of identifying what application protocol is being included with a packet of data (HTTP, FTP, and so on), and then handing this packet on to the appropriate higher-layer software. Layer 4 switches are the “smart” end of the technology and will make decisions based on MAC addresses and IP addresses as to the best way to handle data.

There are other benefits to Layer 4 switches, too – they will typically provide a wire-speed security shield so that any company-specific protocols can be confined so that only authorised ports or users can access the data. This is further reinforced with the traffic filtering and forwarding features.

In short, Layer 4 switches feature all the functions that a layer 3 switch does, with enhanced and robust security. For IT managers, CIOs and CTOs, Layer 4 switches also provide the best control over network traffic.

On the other hand, such switches are also the most complex and expensive to run and might be excessive to your needs.

As a standard, Layer 3 networking and switches are what most people and companies are familiar with and used to using. The advantages of Layer 2 switching is there for organisations that have a specific need for the advantages that they offer, and with time, Layer 4 will likely come to dominate as organisations look to do more with the network. With companies increasingly relying on their networking as the foundation of the business activities, it pays to get this right, so speak to a networking specialist partner on how best to architect your environment if you’re not sure on the right might of technologies for your business.