Just try to imagine life without music (not even life without any sound at all) and just like that you will learn to appreciate what is one of the most underrated aspects of the media we consume. Switch the audio off of a movie you’re watching and everything looks retarded, doesn’t it?

There’s a whole lot more to the audio which forms a big part of our media than what meets the, um ear and it makes for some interesting reading exploring things as they exist behind the audio. 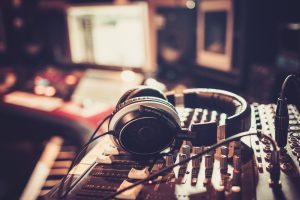 I think the only thing worse than trying to watch a movie without any audio is watching one with its original and matching sound, except it’s out of synch. Usually when this happens the delay would be with the sound, so you see the action first and then hear what was meant to be the matching sound afterwards. It’s annoying and this is when you start to appreciate all the technology which goes behind simple video players like VLC and the likes.

All you really need to know is that you would probably need to get the right CODECS, which refers to the compression and decompression technology (Compressors/De-compressors). These days it’s all sorted out for you and you can get the right CODECS by simply doing an update while you’re connected to the web. It was totally different not too long ago – we had to manually search for CODECS, often going through many which weren’t a match through trial-and-error.

The audio guys forming part of an animation studio team are to be respected! You’d think that this is the ultimate in wizardry, but to be honest how it really works is that the animation is done according the sound recorded, so the sound is recorded first, including the voices, the voiceovers if there are any and the primary dialogue.

There is however a second and perhaps even a “third” layer of audio which is added, usually encompassing the soundtrack proper (I know I already mentioned it) and some special sound effects that would enhance the viewing experience.

At times though exaggerated sound effects need to be created because that’s pretty much what animation is all about, so you know all about the sound of a fist meeting a face for example – it sounds like a “real” fake punch sound. 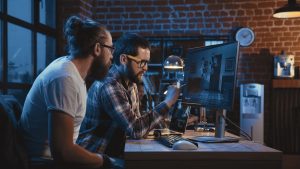 It gets serious with the production of the music that goes into something like a motion picture, with some of the best work perhaps associated with the likes of the now late Ennio Morricone in his production of the soundtrack for the legendary western, “The Good, the Bad and the Ugly.”

Sure, there’s a lot of library music available for use in commercial projects like movies, but it takes a special set of skills to make it work with what’s going on in the script and how the actors portray it. The wrong soundtrack played at a critical moment in a movie could turn what was meant to be a thriller into a real comedy, for example!